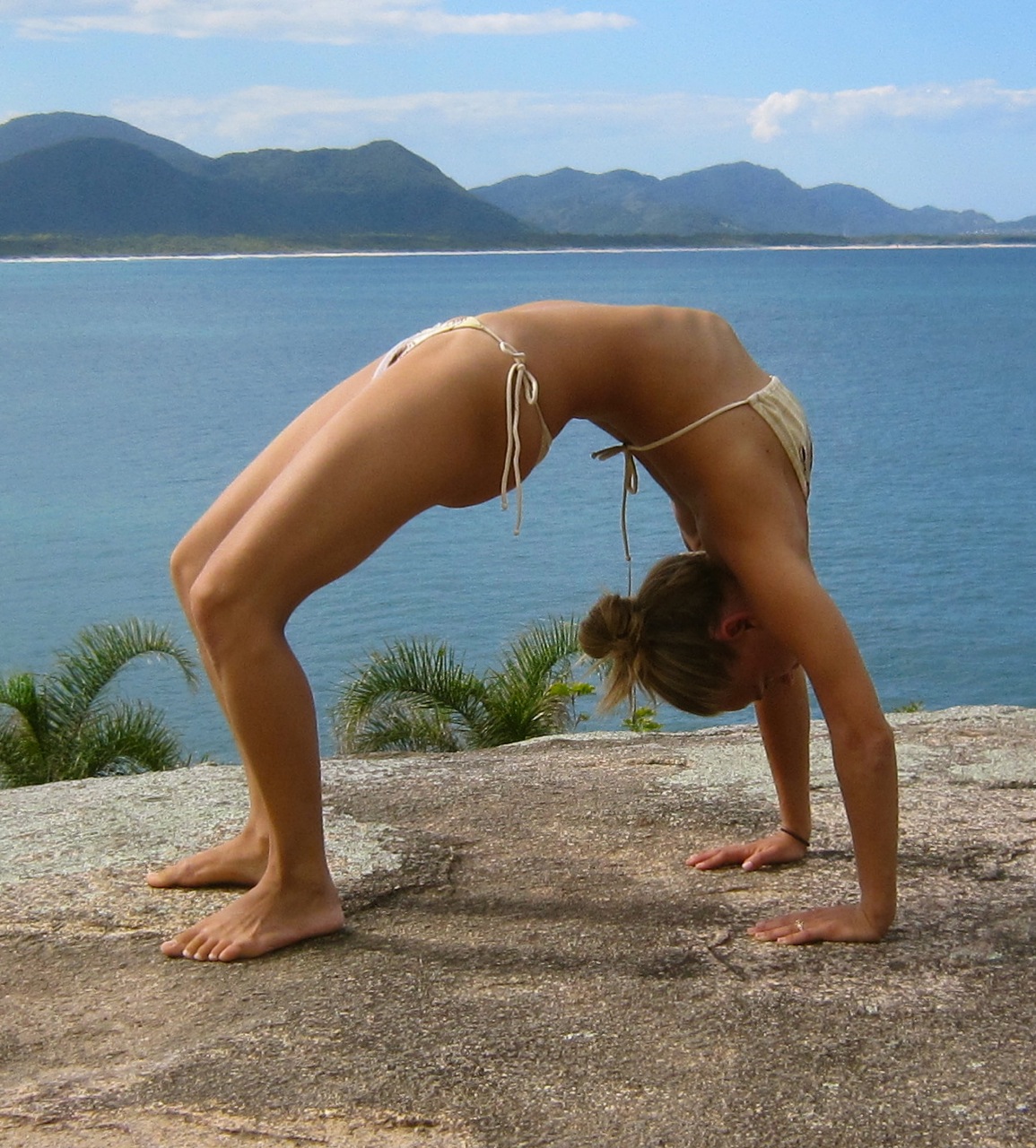 Change your life. Do Yoga.

Individual session at your place with an in-depth work on a physical, emotional, mental and spiritual level, depending on your needs.

Small group session at your place (max. 6 participants) for those who wish to practice with friends and share the fees.

David is Swiss-French and teaches yoga since 1994. Before discovering yoga, he was practicing Vipassana meditation daily. One day, as he was passing by a yoga center, some beautiful statues of yogis in lotus and elephants in the shop-window irresistibly drew his attention. Curious, he entered and asked about yoga classes. At the time, finances were a bit dry so David had to do some karma yoga (selfless service) in the center to pay for his first lessons. There, he immediately felt the powerful and at the same time soothing effects of yoga. The director of the center, a severe looking Swami dressed in orange, perceiving the enthusiasm of the young man, proposed that he stayed at the center to help her with the daily tasks. Which he immediately accepted joyfully, without knowing what was awaiting for him…

Then started the apprenticeship of yoga in its integral and traditional form, just like it existed 5000 years ago in India. He discovered that postures are merely the tip of the iceberg and that the most fascinating aspect is really hidden to the neophyte. A real inner adventure then began, with intensive practices morning and evening, and all the daily tasks inherent to a yoga center in a city.

Six months later, he obtained his first yoga diploma recognized by the Yoga Alliance (TTC 200 hours), in Canada, Val Morin, at the Sivananda ashram. For a few months, he remained at the yoga center and then carried on his path, exploring other styles and traditions. He then left Europe and lived for a while in the French Caribbean (Martinique) and in Brazil where he remained for a few years. There, he learned Portuguese and Ashtanga yoga, a dynamic style quite physical and different from traditional hatha yoga. He then stayed in an ashram in India, in Kerala, and obtained his second official diploma (ATTC Sivananda 500 hours). And a third one, in Ashtanga Yoga this time, in Scotland with David Swenson.

Along with his passion for yoga, David has the project of building an ecovillage that would produce its own energy and food, and where it would be possible to come and experience a healthy and balanced life style, in tune with the eternal laws of Nature, while learning and practicing the ancestral techniques of yoga.

David considers yoga as a set of tools for inner transformation, which will in turn bring the external changes in the practitioner’s life. Through his classes, he transmits with a lot of joy and dynamism the fruit of a long experience on how to gain access to a healthier, happier and more serene life, adapting his teaching to all level of practice.

The style taught by David is mainly based on traditional hatha yoga, as it existed in India thousands of years ago. Focus is on the breath, holding the postures, relaxation and concentration.
Each posture is usually followed by a short relaxation. A same posture can have several variations of increasing difficulty and students are free to practice the variation that suits their level of practice.

The goal of a posture is to put the body in an anatomical position which will stimulate and harmonize one or several body functions. There is no competition. Everyone works at his own level, eyes closed, focused on the breath and on the sensations. This way, if the posture is performed properly, everyone gets the same benefits out of it, regardless of one’s flexibility or strength. Someone who is more flexible will just have to go further in the posture to get the benefits.

It is recommended not to eat at least 3 hours before the class and to get a yoga mat.

What Our Yoga Students Say

Through his classes, David not only conveys a profound feeling of serenity but he also communicates a high level of energy that makes the fatigue go away, bringing a deep feeling of general well-being that is usually followed by a peaceful night of restful sleep. I highly recommend David!!
Irène, Geneva
Magical moment of calmness and relaxation, not only physically but also on an emotional and mental level. David teaches with kindness and enthusiasm and always adapt to the level and needs of his students. I particularly appreciate the moments of meditation that are helping me to recharge. Thank you so much for these extraordinary classes!
Ariane, Geneva
David is a true Yoga master. It is through his classes that I discovered the real benefits of Yoga. His classes are very rich, on a theoretical and practical level. David perfectly knows how to adapt his teaching to everyone. I highly recommend his classes!
Mina, Geneva
David introduced me to yoga in 2010 and it has been an unbelievable journey of joy, happiness and personal exploration. David has been there for me every step of the way and I can not thank him enough for his patience and loving approach to teaching. He has been a mentor, a spiritual guide and a great teacher. He will always be in my heart. I highly recommend David for anyone who is pursuing yoga either from a spiritual or a physical perspective.
Angelos, Geneva
I have practiced yoga with David on and off for many years now. I am blessed to have him in my life for many reasons. He’s been an excellent teacher, guiding me on a deeper level through the breathing, meditation and asanas. He has an incredible patience and kindness with his students. David has the gift of empathy and beyond being a yoga teacher, I see him as a healer. I feel trust and security and this man can feel the needs of his students. I am a recovering alcoholic and addict, and David has been instrumental on my journey back to physical health and mental well being. I am deeply grateful for his healing gift, inspiration and furthering me in my practice of the postures. I have learned and gained much through David and his guidance.
Roula, Geneva